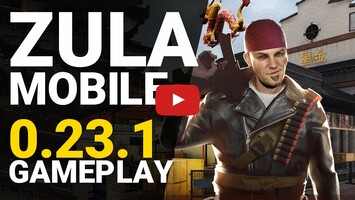 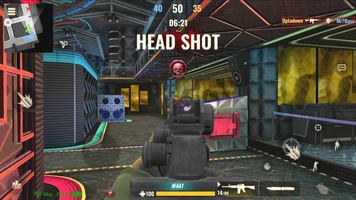 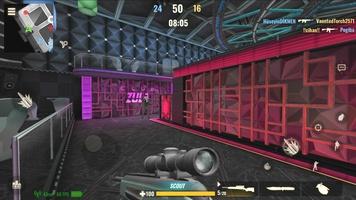 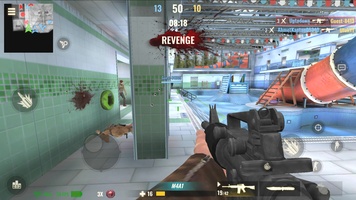 Advertisement
Zula Mobile is a first-person shooter with a hint of Counter-Strike. This time, two teams of up to five players each play against each other inside relatively small maps. The size of the maps is the very thing that makes sure you're always involved in the action.

The default control system of Zula Mobile includes a virtual movement stick on the left side of the screen, the point and shoot buttons to the right side, and a button the middle that lets you exchange your gun. As per usual in this kind of game, you can customize the controls at will, placing each button anywhere on the screen.

Zula Mobile offers several different game modes, the most popular being the classic 'team deathmatch', where two teams of up to five players go against each other in exciting 10-minute rounds. The first team to reach 50 frags wins the game. And if no team has reached the goal when the timer runs out, the team with the most points wins.

Zula Mobile is a great multiplayer FPS, offering a gameplay experience similar to Counter-Strike, but really well adapted to touch devices. The game also has an awesome graphic section, which you can customize and adjust using the options menu.
Reviewed by Andrés López
Advertisement

It is very cool, it always takes less than 30 seconds to find the game, the bad thing is that in this update 1.19 it does not stop and it gives me an error 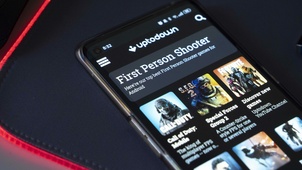 Dead Trigger
Pure first person shooter game
Dead Trigger 2
It's the last battle for the survival of the human race
Original Doom
Original Doom, the classic version, for Android
Into the Dead
Run away from the dead as fast as you can
Zombie Hunter
Grab your rifle and clear the city of zombies
Dead Target
End the zombie outbreak that's destroying the world
Unkilled
New York City is being raided by zombies!
Critical Ops
Multiplayer combat in an amazing shooter

Zombie Hive
Who is 2?
Age of Superman: Idle Grow
Paladog Tactics
Battles between animals from the Paladog universe
Silent Castle
Cat Simulator - Animal Life
See what its like to be a cat
CatJump
Going Balls
Test your reflexes by sliding the ball